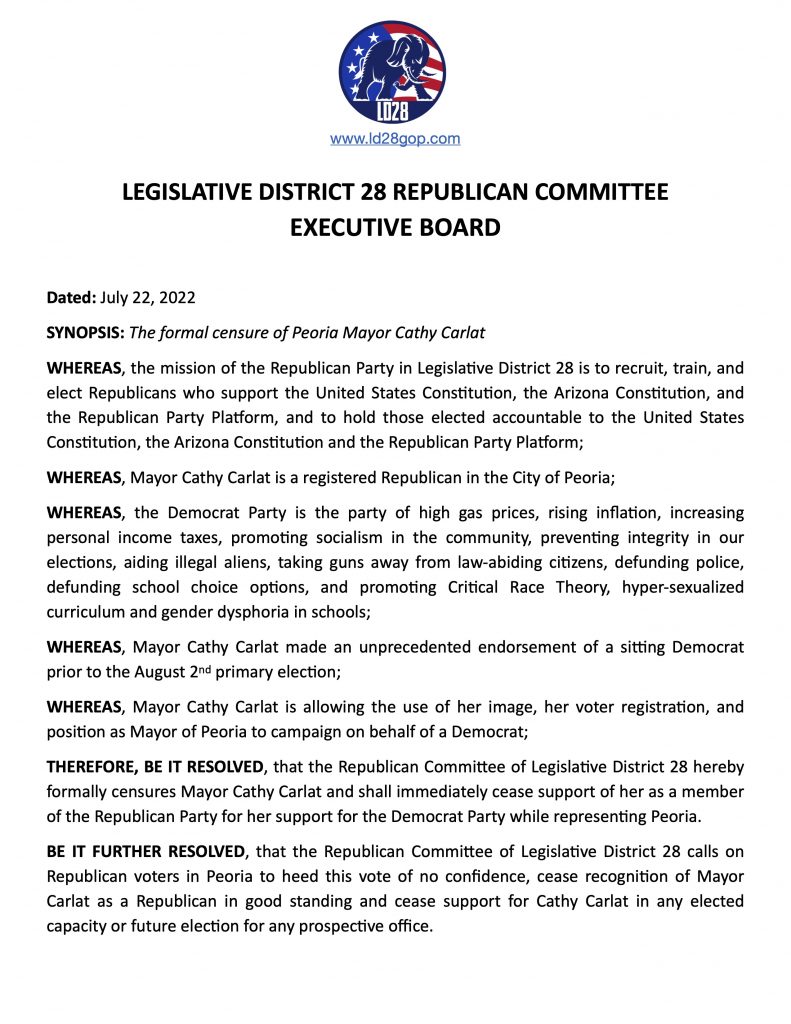 My name is Lori Bango, Chairman of Legislative District 28.
On July 15, 2022, Mark Kelly for Senate launched “Republicans for Kelly”
It has recently come to our attention that you are included in the list of coalition members of Republicans for Kelly as stated on his website: https://markkelly.com/media/mark-kelly-for-senate-launches-republicans-for-kelly/
The website states: “Today, Mark Kelly for Senate announced the formation of “Republicans for Kelly,” a coalition launching with nearly 50 Republican and Independent leaders across Arizona – including elected officials, small business owners, and community leaders who have come together to endorse Senator Kelly’s re-election campaign. In their endorsements, these Arizonans praised Kelly’s willingness to work with anyone, regardless of political party, to bring good-paying jobs to the state, lower costs, and make Washington work for Arizona, not corporations.”
In the section, “Read what Republicans and Independents across the state had to say in support of Kelly”, you are quoted:
“Senator Kelly has had an open-door policy for me as I sought support for the passage of bills that would be beneficial to the residents of Peoria, Arizona. I appreciate his knowledge, involvement, and efforts concerning these important issues,” added Mayor Cathy Carlat of Peoria, AZ.
Further down the page you are also listed as a member of Republicans and Independents for Kelly.
For clarity, can you please confirm that you approved being quoted with your endorsement on his website and on the list of Republicans for Kelly?
Republicans who support Democrats like Mark Kelly, \support abortion up until birth with live dismemberment. https://gop.com/blog/mark-kelly-reveals-extreme-position-on-late-term-abortion-az/
He co-sponsered the “Abortion For All Act,” revealing his extremism on this issue and mandates abortion on-demand until the moment of birth as federal law. It is notable that Mark Kelly and Senate Democrats made this pro-abortion legislation their number one priority upon returning from their latest break — putting their extreme pro-abortion agenda ahead of addressing the Biden Ukraine disaster, Bidenflation or the Biden Border Crisis.
https://www.kelly.senate.gov/newsroom/press-releases/sen-kelly-on-the-supreme-courts-ruling-on-abortion-access/
Can you please explain your public support for Democrat Senator Mark Kelly?
Respectfully, we would like to give you an opportunity to respond before we move forward with a response.  Will you publically retract your support of Mark Kelly and withdraw your name from the list of Republicans for Kelly?
We respectfully ask for your response within 24 hours.
Thank you, 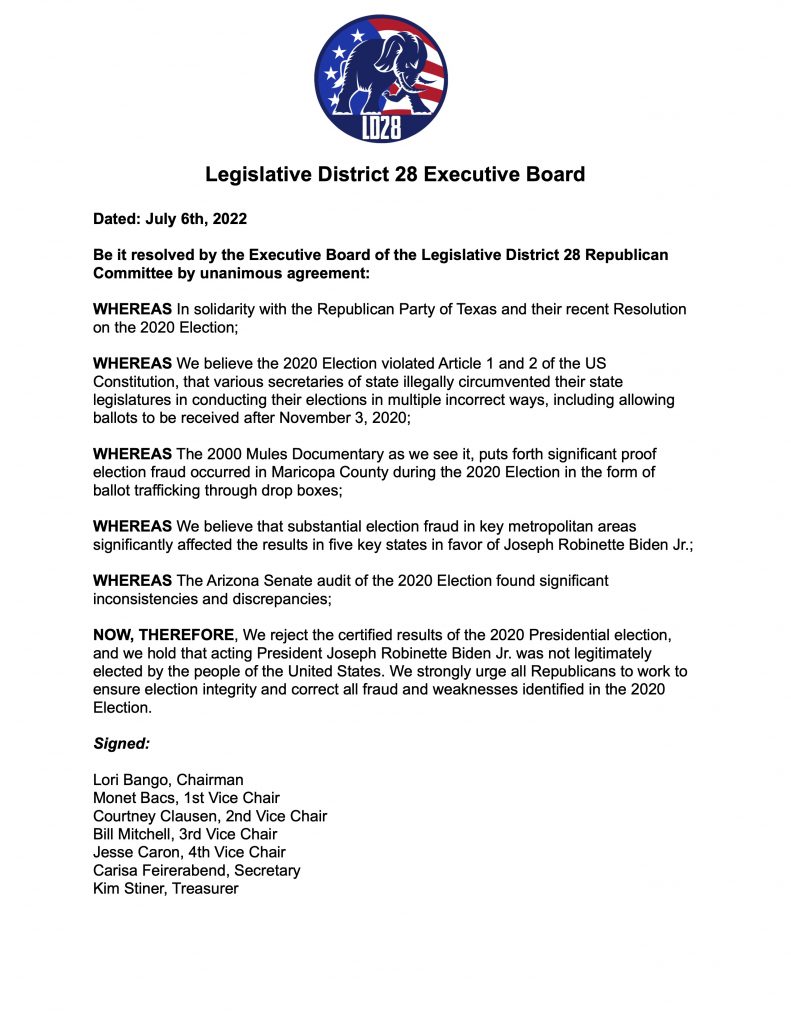